A Standing Ovation For These Seven Idyllwild Arts Students

Somewhat of a long time coming, the upside of music education has been slowly revealed to us in the last decade, as shown here, here and here. The research is adding up. The benefits of music education are profound and can impact several areas of educational development such as;

In fact one could argue that skills such as critical thinking and emotional intelligence are becoming more important, in the age of Google where the world’s knowledge is literally a search away.

One study conducted by The Midland Chemist in Feb. 2005 says;

Nearly 100% of past winners in the prestigious Siemens Westinghouse Competition in Math, Science and Technology (for high school students) play one or more musical instruments. This led the Siemens Foundation to host a recital at Carnegie Hall in 2004, featuring some of these young people, after which a panel of experts debated the nature of the apparent science/music link. The Midland Chemist (American Chemical Society) Vol. 42, No.1, Feb. 2005 (source)

The inclusion of music and the arts at private schools is extremely noteworthy (excuse the pun) and this is why at AdmissionsQuest, from time to time we like to highlight schools where students are doing some exceptional things in the arts.

Recently we found such talent digging through the YouTube channel of one of our member schools, Idyllwild Arts. Normally, one would expect to find this sort of talent on stage at Carnegie Hall, Red Rocks or Broadway – not a school of high school aged students.

The songwriting concert was a full on two hour masterpiece of performances from top to bottom. Each and every song was performed and written by an Idyllwild student.

The complete show was too long to put all of it here, but we hand picked six interesting highlights for you to see below! Enjoy!

Talk about uplifting! Close your eyes, you’ll have no idea this is a high school age student. In this performance Nathan proves to us that there is still a lot you can do with a “I, IV, V” chord progression. We wish music on the radio today was this good, nice job Nathan!

Tyler Lewsing’s “The Kingdom” is an inspirational pop-style song. (Reminds us a little of the Swell Season, if you’ve ever seen the movie or musical “Once”).

The rhythmic piano along with violin accompaniment is a distinctive addition! Be sure to make it to the 3:48 mark for a skillfully played violin solo. We’re impressed with Tyler’s ability to sing and play so well at the same time!

Impressive here is Zoe’s ability to pull off a quiet and haunting guitar arrangement, yet really let her vocals stand out. The two are a wonderful contrast.

She’s particularly good at using a compositional technique called “harmonic rhythm” – speeding up the movement of chord changes – to help move the composition forward during the chorus. This shows a maturity with songwriting not always found in students at this age.

Check out this Norah Jones-esque jazz/pop tune. The crowd really goes wild on this one at 1:47 when the band is given a little chance to show their skills.

Miguel Soto – The Lucky One

Listen to Miguel’s clever yet subtle use of pauses throughout the arrangement. This gives the song and vocals room to breath and makes for a pleasing performance. His rhythmic variety of the vocal melody keeps the song interesting throughout.

We wanted to include Jackie’s upbeat and fun song here because it was so original from anything else performed at that concert. This song demonstrates strong talent in not only songwriting but music recording and production, as most of the track was pre-written and programmed by an Idyllwild student for the performance.

A Successful Education Is A Well Rounded Education

A strong education is not only built upon the core fundamentals like math, science, English and history. But is enhanced with vital curriculum such as music, theater, visual arts and design. Students of Idyllwild and dozens of other private schools benefit from these critical elements often not found in traditional public schools.

We hope you enjoyed these highlights from the Idyllwild Arts Songwriting Concert. If you’re interested in watching the concert in its entirety, you can do so here on their YouTube channel.

And please feel free to leave your kind words for the student performers in the comments below. We’ll make sure they see them! 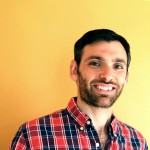 Dan Shure holds a degree in Music Performance & Education from the University of New Hampshire. He has taught piano, drums, composition and music theory in both the public and private school settings (Brewster Academy) and throughout New England. Although music is no longer his full time profession he still occasionally writes about music education on his blog Evolving Music Education and is a contributing writer to several publications on the web.